For some time now I have not seen any new messages on Rootsweb Mailing Lists.

There are more than 30000 genealogy mailing lists hosted by the Rootsweb servers, which have been managed by Ancestry.com and I've been using them for more than 20 years to communicate with and keep in touch with genealogists around the world, and suddenly they seem to have stopped working. 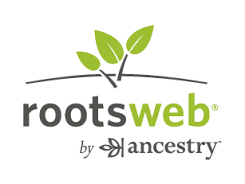 Some of the mailing lists have been gated into other forums, such as Usenet newsgroups and Googlegroups, so they have been fairly widely available, but suddenly they seem to have stopped working.

There's been no announcement on the Rootsweb Home Page, and no response from the Helpdesk.

Does anyone know what's going on?

For what it's worth the general African list is still working, but it's not hosted by Rootsweb but by YahooGroups. If you would like to subscribe, just send e-mail to:

with the word "subscribe" (without the quotes) in the subject line and the body of the message.

It's a continent-wide list,  so it doesn't have the specialised focus on a particular province of a particular country, but you can use it for queries and comments about genealogy in any country in Africa.
Posted by Steve Hayes at 10:49 3 comments: