All US presidents bar one are directly descended from a medieval English king | Daily Mail Online:

What do Barack Obama, Thomas Jefferson, George W. Bush and the other past U.S. presidents have in common? Besides holding the coveted title of commander-in-chief, it appears that all of them but one are cousins. The remarkable discovery was made by 12-year-old BridgeAnne d’Avignon, of Salinas, California, who created a ground-breaking family tree that connected 42 of 43 U.S. presidents to one common, and rather unexpected, ancestor: King John of England.

How to Use the Free GRO Index for English Genealogy Research

A useful article on a useful resource How to Use the Free GRO Index for English Genealogy Research:

the General Register Office does offer direct access to their index for free, but there are some things you should be aware of before setting out to view it directly through their site. The most important thing to know is that, while the index of these records is free to use, you can only view only a portion of the index covering registered births from 1837-1915 and deaths from 1837-1957. Advertisement Unfortunately, this version of the index – which was released to the public late last year – doesn’t include any of the marriage records found in the complete index, and likely won’t anytime soon.

For the periods and records not covered, there is always FreeBMD. The article goes on to tell you how to set up an account with the GRO.
Posted by Steve Hayes at 05:36 No comments:

The last couple of times I have gone to the Find-a-Grave site I have been taken to the "new" site, and have quickly switched back to the old one, because the new one is much more difficult to use. I am sorry to see that the old one is to be retired soon, because, whatever its other faults, it is at least legible on screen.

It seems to be fashionable among web designers nowadays to make their pages as difficult to read as possible, and the new Find-a-Grave site is no exception to this, and is a particularly egregious example. 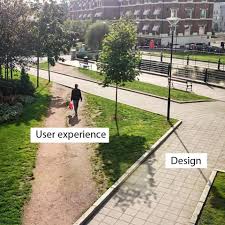 After battling to make out what was written on the new site, the moment I switched to the old one everything became clear. This is in spite of the fact that the old site uses a smaller font size than the new one. The difference in legibility is due to the better contrast between text and background on the old site, and also the greater thickness of the letters.

So if one is measuring the site by "user experience", I would rate the old site at 55% and the new one at 5%. The main user experience is frustration at trying to puzzle out what is written on the screen.

The new site may bring oohs and aahs from other 20-something web designers, because it follows all the fashionable trends. But spare a thought for the poor suckers who actually want to use the site. Many of us are over 60, and our eyesight is not what it was when we were 20.

PS My wife looked at the new site on her computer and found it easier to read than I did on my computer. Perhaps if you have one of those old-fashioned monitors with little knurled knobs that you can use for adjusting brightness and contrast you could fiddle with them until some of the presently illegible text might become readable, but my flat-screen Samsung monitor has automatic adjustment of brightness and contrast, so I'm stuck with it. And the fact remains that the old site is perfectly legible to me, and large parts of the new one are not legible, using exactly the same computer and monitor. So I can say unequivocally that the new site is designed to give a very bad user experience. I can't even make out the words on the screen wearing two pairs of glasses and holding a magnifying glass up to the screen.

Don't get your hopes up too much when reading the headline... The Forgotten Federal Census of 1885 Can Be Found Online for Free | Family History Daily:


The states of Nebraska, Florida and Colorado completed the request, along with the territories of New Mexico and Dakota. These census schedules include a wealth of information for those who may have had ancestors in those regions in 1885 and are one way to overcome the gap left by the 1890 census.

It only covers a small portion of the US.
Posted by Steve Hayes at 05:50 No comments: