What happened to BillionGraves?

Four months ago I lost my cell phone when trying to take a photo of a gravestone for BillionGraves.

This month my cell phone contract came up for renewal, and when looking for a replacement phone one of my important criteria was a camera of 5 megapixels or better, so that I could use it for the BillionGraves app that I had on my old phone. 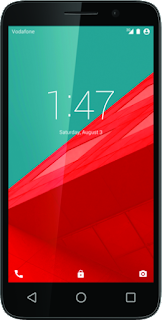 The cheapest phone that met those criteria was the Vodafone Smart Grand, so I opted for that, and once I had got it charged up and running I set off (virtually, of course, by pressing the screen icon) for the Google Play Store to download the BillionGraves app.

The only problem was, the app wasn't there.

The icon for the Play Store is on the screen, and there are other apps that can be downloaded (like Evernote), but of BillionGraves there was no sign.

So what has happened?

I'm sure there are lots of other genealogists who have found the BillionGraves site and the related app useful, so can anyone tell me what has happened? Is it still working for you?

The good news is that the BillionGraves app is still available.

The bad news is that if you bought an Android phone in South Africa, which came with pre-installed apps, it will not take you to the real Google Play Store, but only to a very-much censored South African version, which has a much smaller selection of apps.

Here is a workaround:

Go to the Play Store, select the category Communications, and scroll down till you find the Firefox browser. Ignore all the distracting junk it displays about signing in and registering and all the rest.

That should take you to the real Google play store, and not the lame South African one, and there you will find BillionGraves and a lot of other apps that have been withheld from South African Android users.

It seems that some (many? all?) Android phones sold in South Africda come with the Google Chrome web browser pre-installed as a Wed browser, and the browser is pre-programmed to take you only to the toy Play Store, and not to the real one. Firefox is an independent browser, and is not pre-programmed like that, and will take you where you want to go.