Three years' work in three hours: the effect of the Internet on genealogy

This morning I had a dramatic demonstration of the effect of the Internet on genealogical research when I accomplished in three hours what would have taken three years or more 30 years ago.

Someone asked me about an Arthur Knight James, who married my wife's second cousin twice removed, Lilla Ethel Green, in Cape Town in the 1920s. He deserted her and they were divorced after two years, no kids, so I wasn't planning to follow him up. But then I thought why not see what I can find.

My correspondent had sent me his date of birth (1896), and those of his siblings somewhere in the UK, said they came to South Africa early last century.

I went to FamilySearch, and there he was in the 1901 Census, with a sister and both parents. It gives father's year and place of birth, so I find father living with his parents in an earlier census. Find there are three duplicates of the family on FamilySearch, so make a few more checks and merge them. Then come back to the mother. She died in 1906 in Pretoria. FamilySearch has her death notice. It gives the address of her parents, J & E Knight. Her husband has filled in the death notice, under children has written "Nil". He lies. There were at least two, as shown by the 1901 census.

I find her parents at the address given in the death notice -- in the 1911 census. The mother has died, but father is there, with another daughter and a granddaughter, Alice James, a third child to add to the "Nil" on the death notice. Why did her dad lie about her existence?

All that, as I said, took about three hours.

Thirty years ago, to accomplish the same thing, I would have had to travel 65km to Joburg, to the LDS library, where I would have had to pay R25 to order the relevant microfilm from Salt Lake City (assuming I knew which one to order). Then wait three months for it to arrive, and travel back to Joburg to consult it, and scrolling through it to find the record I was looking for might well have taken more than three hours.

And thirty years ago, when we had to do all that, we thought we had it good.

Go back another 30 years before that, and consulting the 1901 census would have required a 6000 mile flight to London and a visit to the Public Record Office in Portugal Street or somewhere. Oh wait! Back in 1958 the 1901 Census was not available for consultation. Come to think of it, it wasn't in 1988 either.

No, our search back then would have begun and ended in a dank and dingy dungeon under the Palace of Justice in Church Square, where we would have had to go to consult the death notice of Annie Knight James in those days, rather than the air-conditioned reading room of the National Archives of today. 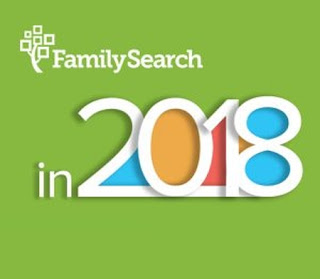 So when you complain that FamilySearch is offline, or the Naairs computer is responding slowly today, just be thankful for resources like FamilySearch, Naairs and FreeBMD, which enabled me to do three years' work in three hours this morning.
Posted by Steve Hayes at 15:03 1 comment: