Over the last decade I've noticed a change in the way people speak of genealogy software. In the past we assumed that the software was on our computer, as was the data, and people would be warned of the need to keep backups off site in case of fire, theft or other disasters.

Now more and more people seem to assume that your data will only be on a remote site, and will not be on your computer at all. They assume that in order to "start a family tree" you need to subscribe to some or other company like Ancestry.com. It seems not to occur to many people that it is even possible to "start a family tree" using your own software on your own computer.

So now the danger is reversed. In the past you were advised to "keep a backup in the Cloud, just to be on the safe side." But how safe is that? How safe is your data in the cloud?

The recent closure of YahooGroups shows that it is not at all safe. See this article: The Old Internet Died And We Watched And Did Nothing:


Most likely, you have some photos that are lost somewhere, some old posts to a message board or something you wrote on a friend’s wall, some bits of yourself that you put out there on the internet during the previous decade that is simply gone forever.

The internet of the 2010s will be defined by social media’s role in the 2016 election, the rise of extremism, and the fallout from privacy scandals like Cambridge Analytica. But there’s another, more minor theme to the decade: the gradual dismantling and dissolution of an older internet culture.

This purge comes in two forms: sites or services shutting down or transforming their business models. Despite the constant flurries of social startups (Vine! Snapchat! TikTok! Ello! Meerkat! Peach! Path! Yo!), when the dust was blown off the chisel, the 2010s revealed that the content you made — your photos, your writing, your texts, emails, and DMs — is almost exclusively in the hands of the biggest tech companies: Facebook, Google, Microsoft, Amazon, or Apple.

The rest? Who knows? I hate to tell you, but there’s a good chance it’s gone forever.

Though that article does not mention any specific genealogy sites, the principle is the same. And there were numerous family history groups on YahooGroups where people shared their family history data and their research, and advised each other on sources and resources. And now it's going, going, gone.

At the time of writing my recommendation for genealogy programs is Rootsmagic, or Legacy. 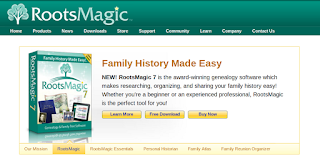 By all means back up your data in "the Cloud", but keep your primary data on your computer at home, where you can control it.

Publishing ... and Other Forms of Insanity: Mega-List of Paying Markets for Horror, Dark Fiction and Poetry

Publishing ... and Other Forms of Insanity: Mega-List of Paying Markets for Horror, Dark Fiction and Poetry:

Much like other genres of speculative fiction, horror enjoys a loyal, and possibly fixated, fan base. Horror isn't all blood and gore. The subgenres include everything from the mildly unsettling (like Twilight Zone), to splatterpunk (which is exactly what you think it is). Some of the genres accepted by horror magazines include: humorous horror, holiday horror, psychological horror, science fiction horror, slasher horror, supernatural horror, gothic horror, erotic horror, teen horror and, of course, anything with zombies, werewolves, vampires, or other malevolent creatures. Many of the magazines on this list also accept dark fiction, dark fantasy, and other genre crossovers that evoke a sinister mood. Read the submission guidelines, and make sure to follow them carefully before submitting.


FROM the earliest years, the infant colony of Natal depended on transport for its development. One of the first, and most important route, was the road from Durban into the interior. Part of this old wagon route, known as the Old Main Road, still survives. The portion in Westville is today Jan Hofmeyr Road and that in Pinetown Josiah Gumede Road. Sections can also be found in the Upper Highway area as it wends its way towards Pietermaritzburg. Before the opening of the railway line to Pietermaritzburg in 1880 – it only reached the ‘Natal’ border in 1891 and goods were delivered by wagons drawn by oxen.